Karel Čapek had already achieved world recognition right at the beginning of his literary work. Karel was not only an excellent story teller, but an expert on human nature, as well. For him, an individual was part of a higher entirety, a person inserted into society. The legacy of the world, and especially the legacy of our own nation in the middle of Europe, was always deeply immersed in his heart. To this he dedicated the majority of his journalistic work. He was a prosaist, a dramatist, a publicist, but, in particular with his translations, he proved he was also a poet. He was, of course, a great painter and photographer, as well. He was a person with a wide outlook and deep knowledge, but also with a sense for man and his problems. (Aleš Fetters) 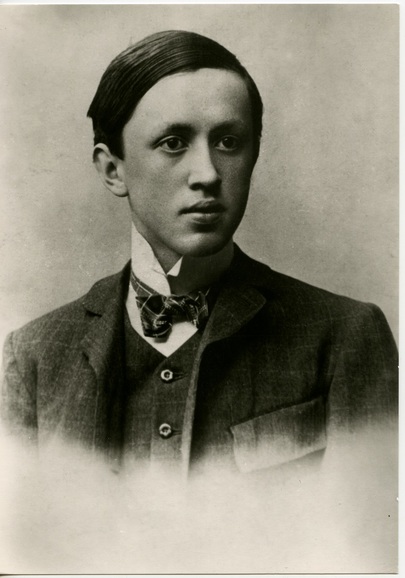 It is the corner between the Úpa and Metuje rivers, between Grandma’s Valley (Babiččino údolí) and the tranquil Jirásek Hronov basin. Wherever you climb up the hill, you can see Sněžka up in the north and Bor and Hejšovina in the east, the giant border stones of the country... Also weavers, spiritualists, live up there on those hills; there, along the rivers, it is one battlefield by another – Trutnov, Skalice, Náchod and then below, Sadová, with its slender memorials that speak of how many young people had fallen there. So, that is the region of tranquil and somehow poor fields, birch groves and a couple of majestic monuments: after Božena Němcová and Alois Jirásek . . . That corner of the foothills between the Úpa and Metuje rivers was the world of our childhood; one grandpa managed his farm above Grandma’s Valley (Babiččino údolí) and even used to know the mad Viktorka, and the second, Mister Father from Hronov’s Mill, he used to deliver nickels and loaves of bread from the Jirásek’s bakery to the scholar Alois in Hradec. Tranquil red sandstone hills covered by silver birch thickets and dark pine groves are rolling between the valleys of the rivers Metuje and Úpa; secluded places spread over the hills, where, in the mist of our childhood, the weaving looms of range historians, spiritualists and Balcarák area sectarians pounded from morning to night . . . (Karel Čapek

The most represented theatrical play of Karel Čapek is ”R.U.R.“ – immediately after its publication in 1920, the play received unprecedented success not only in former Czechoslovakia, but also abroad.

The Czechoslovakian debut took place on the 2nd of January, 1921 in Hradec Králové, where the production was introduced by the local amateur group Klicpera. The Prague premiere took place at the National Theater on January 25, 1921.

It is known that the word robot was created by Karel’s brother Josef – he derived the word from the word ”robota“ – ”robotovat“ (labor – to labor).